I write from the end of a week-long Covid-19 restriction here in Auckland, having just passed the anniversary of the 1st Covid case here in New Zealand. It’s incredible how much has happened in the past 12 months whilst being confined within the New Zealand borders.

In April last year whilst in the midst of the initial 4 week lockdown we braced for what we thought would be the difficult impact of the worldwide pandemic. 11 months on, Sealegs is enjoying buoyant sales demand and the biggest order book in our history. We've released more new products than ever before and we sit here today preparing to move to a new bigger factory.

That said it has not been without challenges, global supply chains and freight congestion has resulted in delays to deliver to our customers around the world.

Whilst considering these challenges I’m encouraged by where we are today, as well as optimistic and excited about the opportunities in the year ahead.

We thank the many people who have written messages of interest and support with regards to our court battle. The latest news on the issue is that we have filed a counter claim based on our patents (not copyright) which refutes any damages claim on the basis our patents were breached.

It’s disappointing being forced to take another court action but Sealegs was the innovator of amphibious boats and will continue to defend our IP not only for us but for other NZ companies wanting to commercialize their IP.

All of the staff at Sealegs are outstanding, but in December of each year we celebrate employee of the year (EOY). It’s a momentously difficult decision and in fact last year we declared two winners.

The 2020 EOY were Ryan Van Der Lee (Assembly manager) and Jackson Gomes (Fabrication manager). Both have worked with us for more than 8 years starting as juniors and today both serve as an inspiration to our new up and coming staff. I'm personally very proud of them both and congratulate them for their successful careers at Sealegs. Ryan starts his company sponsored MBA this year and we wish him well in his endeavours.

The rest of us remain focused on you and bringing the best amphibious innovations to market. I look forward to announcing some incredible news on both these fronts in the year ahead. In the meantime, below is a brief summary of what’s been happening in recent months.

The fabrication of the first Sealegs 12m Cabin RIB is nearing completion, with the assembled craft set to complete mid-2021.

Since the initial announcement of the largest ever production Sealegs we have had strong interest from commercial operators with applications for Resort Transport, Pilot Boats and Military Applications.

It’s great to see these operators recognizing the benefits of a large scale amphibious platform which is adaptable, robust and reliable. 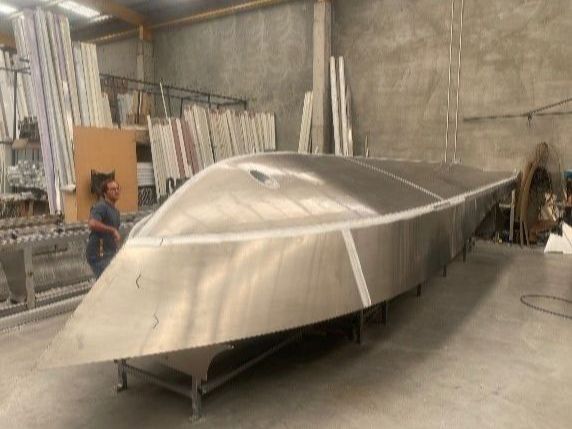 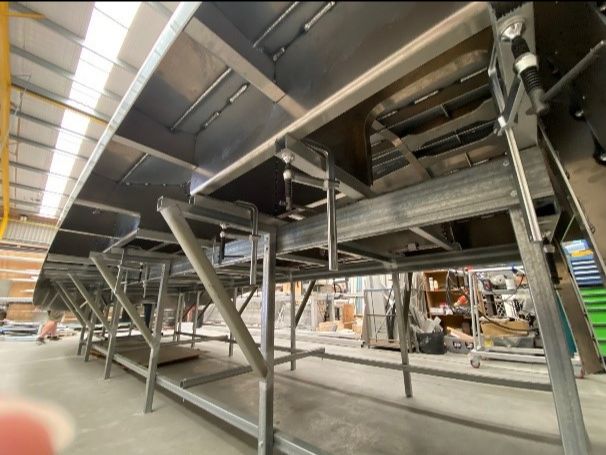 With clients around the globe travelling less and looking to maximise their home environs with a Sealegs, we have experienced unprecedented demand over the past 6 months.

We have hired 17 new staff in the last 6 months and this trend is set to continue. Production has been scaled to its maximum output possible in the medium term, however this is still resulting in an 8-month waiting list. This is expected to grow as new monthly sales consistently exceed monthly factory output.

If you wish to experience the Joy of a new Sealegs during 2021, we recommend to contact us soon to confirm your production slot and avoid disappointment. 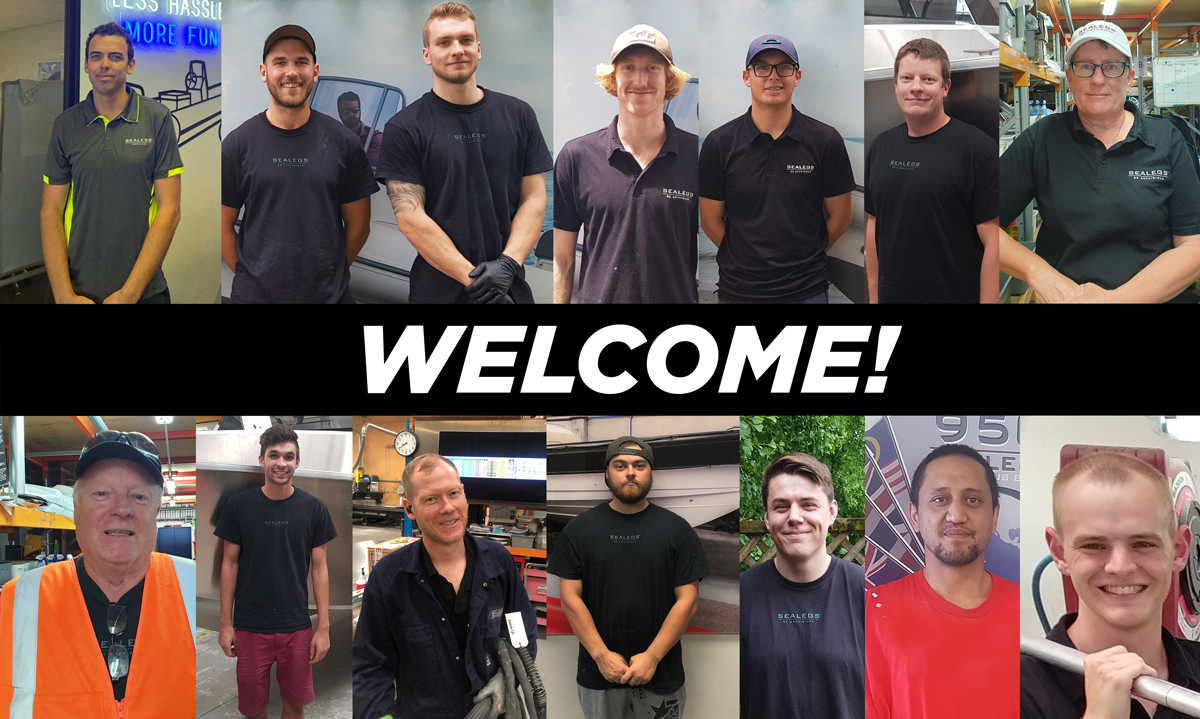 As part of an on-going effort to keep up with global demand for Sealegs we will be splitting the fabrication and assembly locations of the business. Sealegs will soon be assembled in a new building 300m away from our existing showroom and current factory on Auckland’s North Shore.

The customer experience will remain the same, as the Sealegs showroom will remain in it’s existing location, with a new, less hassle, more fun, mode of visitor transport being provided between the two locations. Come and check it out for yourself next month!

From Monday 8th March the main Sealegs warehouse and delivery address is relocating to: 16B Parkhead Place, Albany, Auckland, 0632. 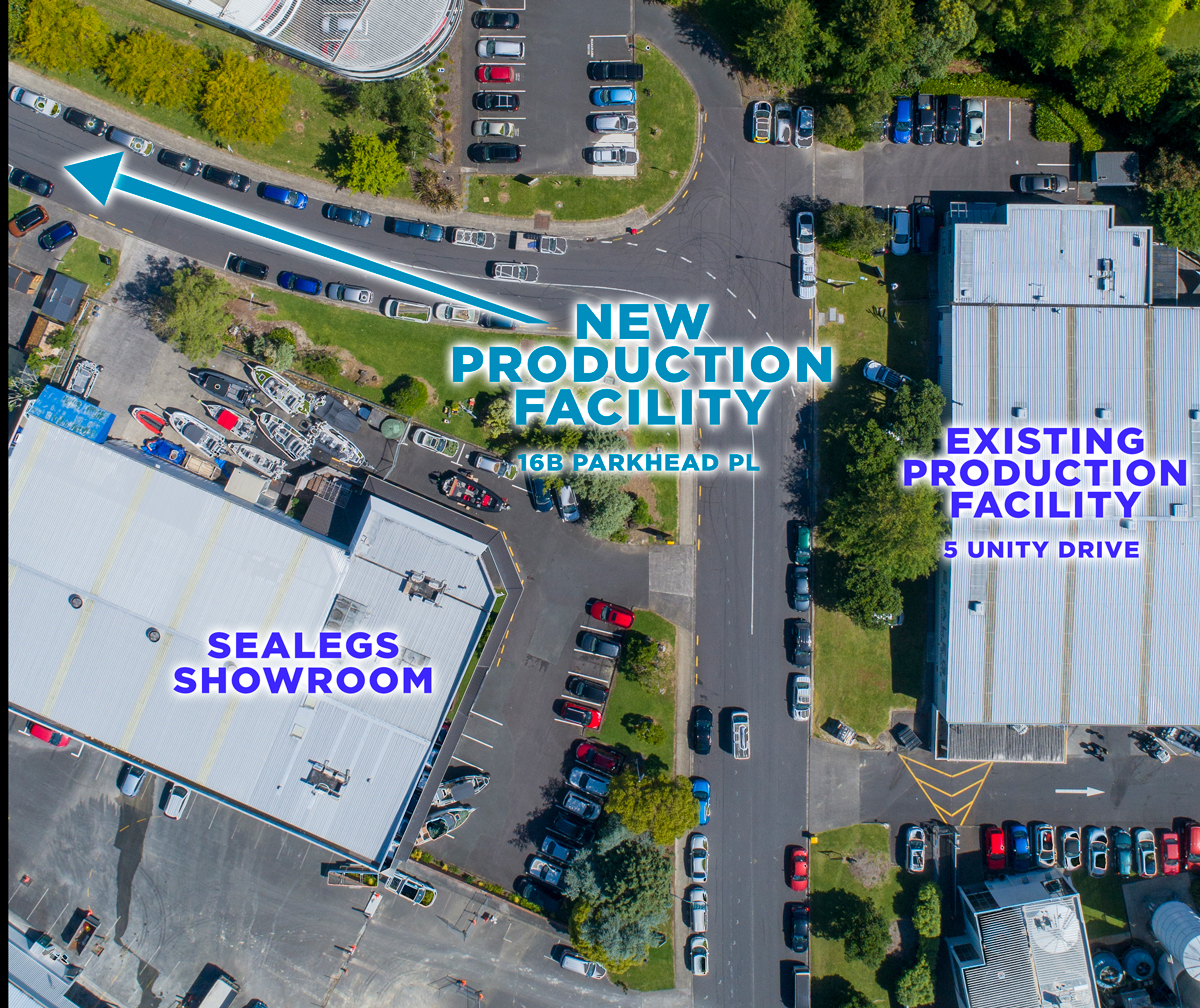 We’re seeing an increasing number of tourism applications choose Sealegs as their solution to transport and logistical challenges. Most recently, this month saw the shipping of a Sealegs 9m to Bedarra Island Resort, Great Barrier Reef, Australia.

This is the second Sealegs that Bedarra will operate, scaling up from their existing 7.7m that has been in service since 2014. 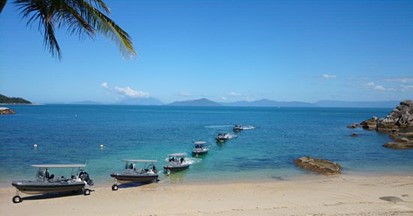 Sealegs subsidiary, Lancer Industries, has completed the assembly and installation of the inflatable pontoons on 24 support craft for the America’s Cup.

The tubes are some of the many installations Lancer complete on Protector craft for New Zealand boat builder Rayglass.

Following the conclusion of the America’s Cup the craft will be donated in Coastguard units all around New Zealand. 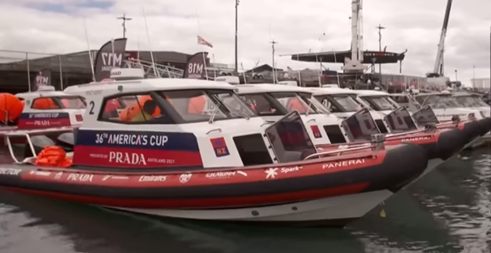 Sealegs are pleased to confirm Platinum Sponsorship for the Onetangi Beach Races 2021, which will be held on the 28th of March, starting at 10am and running through to 4.30pm.

We will once again be holding the Sealegs Exhibition Race as our main race event starting at 1.40pm, where participants dress up and decorate their boat, and show us how smoothly they can bring their craft into and out of the surf.

We are also looking to hold the very first Sealegs Poker Run, which will be held in the morning prior to the main event. Starting from our floating pontoon at Onetangi Beach, the Poker Run will see participants racing against their competitors to collect playing cards from 5 coastal checkpoints around the island. The participant to return back to base on Onetangi Beach with the best Poker hand by 11am wins!

We will be in touch leading up to the races with more details about the course, activities and more, so look out for more notices! 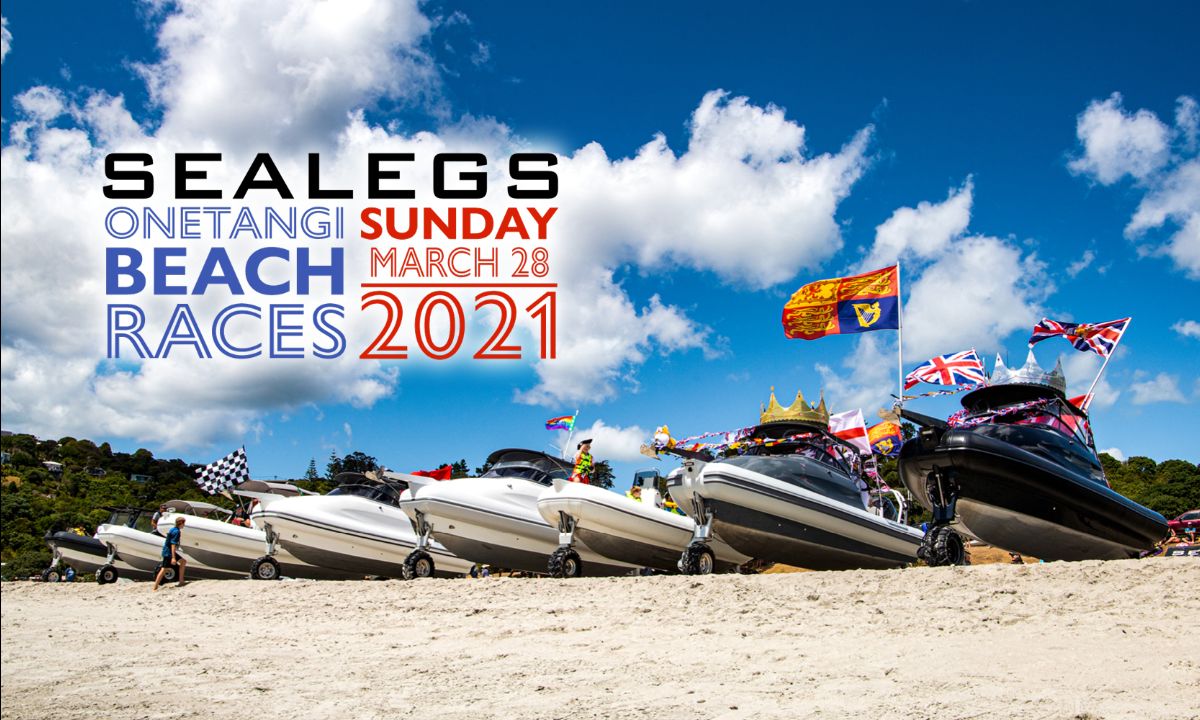 Waterfront Residences, Tidal Beaches and Superyachts have all driven strong demand in the past quarter for Sealegs going to the UK and Western Europe.

With orders totalling 20 units today in the 3 month period coming from both new and existing customers. The recent addition to the Sealegs range of the aesthetically sleek 7.5m RIB was proving by far the most popular model and had clearly struck a chord with these discerning buyers. 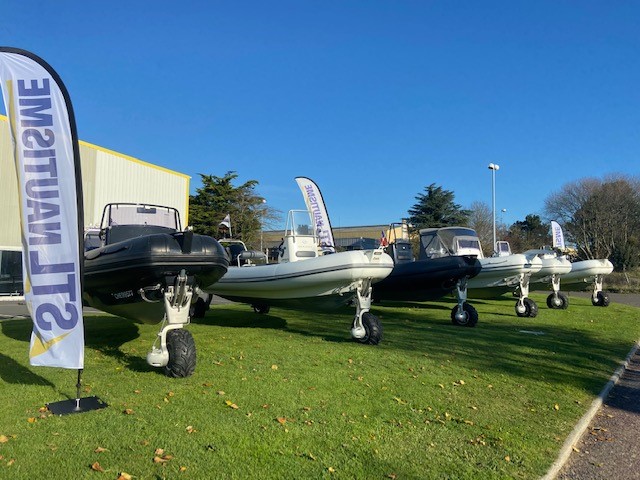 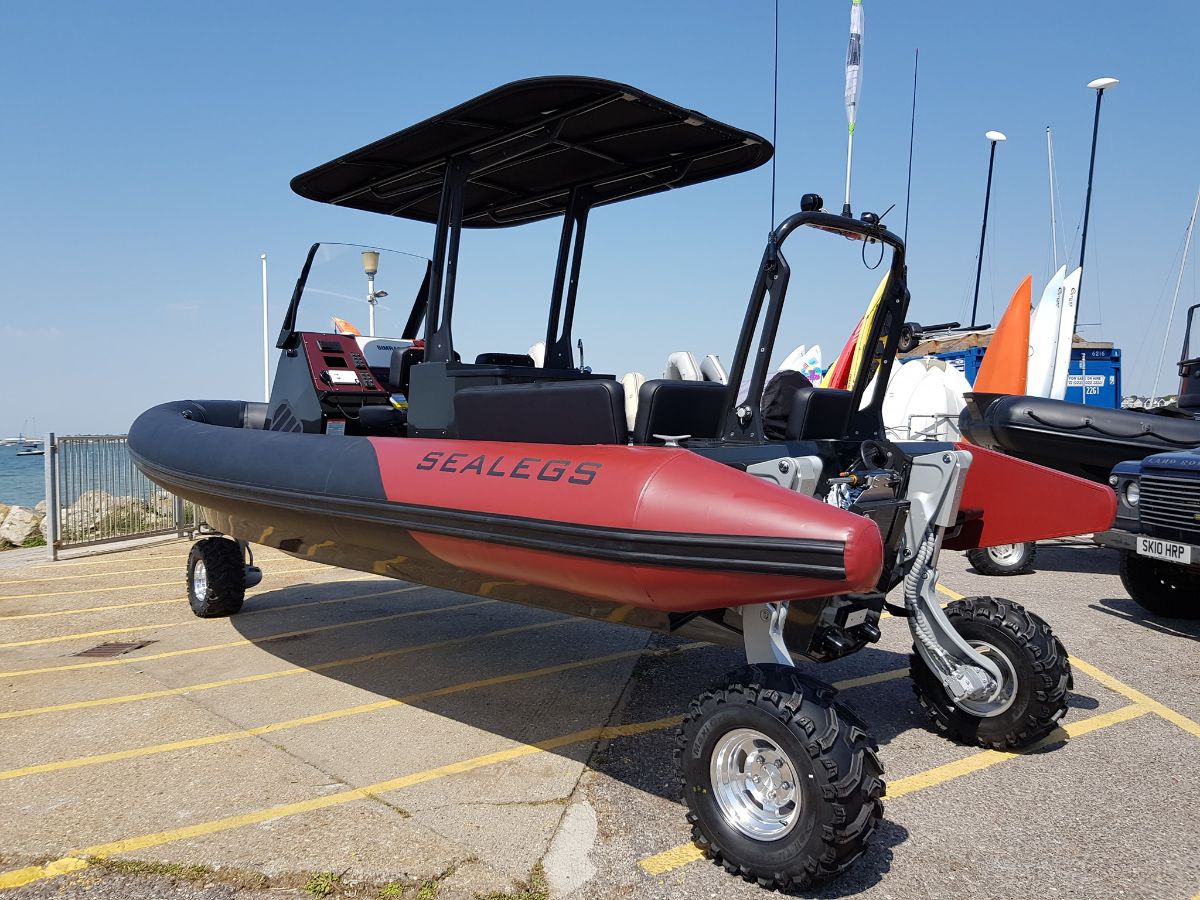 Just ahead of its global launch we're offering our owners and friends (you!) an exclusive opportunity to be first in line for the smallest Sealegs ever. At just 3.8m overall length, the new tender will be powered on land with a Sealegs electric amphibious drive system and is designed to bring amphibious boating to the yacht tender market.  Weighing less than 450 kg and with a height of just 1 meter, the craft is stowable in yacht transom garages, lazarettes or on deck.

Constructed from fibreglass and paired with Hypalon inflatable tubes, it is a small craft with big benfits. Allowing easy access to remote beaches and anchorages, this new Sealegs provides less hassle and more fun during ship to shore Manoeuvres.

With the first deposits now received, the craft will enter production once the threshold of 15 confirmed orders are placed. The first unit is expected to be delivered 12 months from production commencement, with allocation based in order of confirmation. 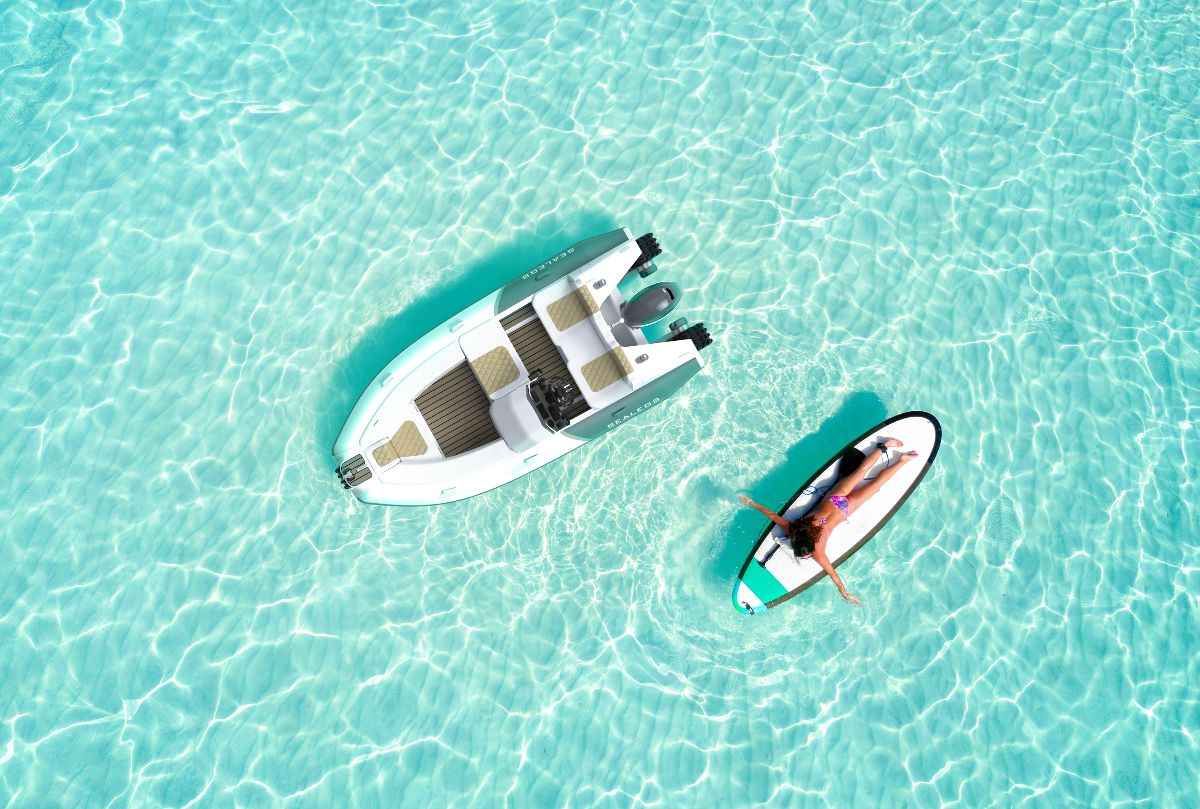 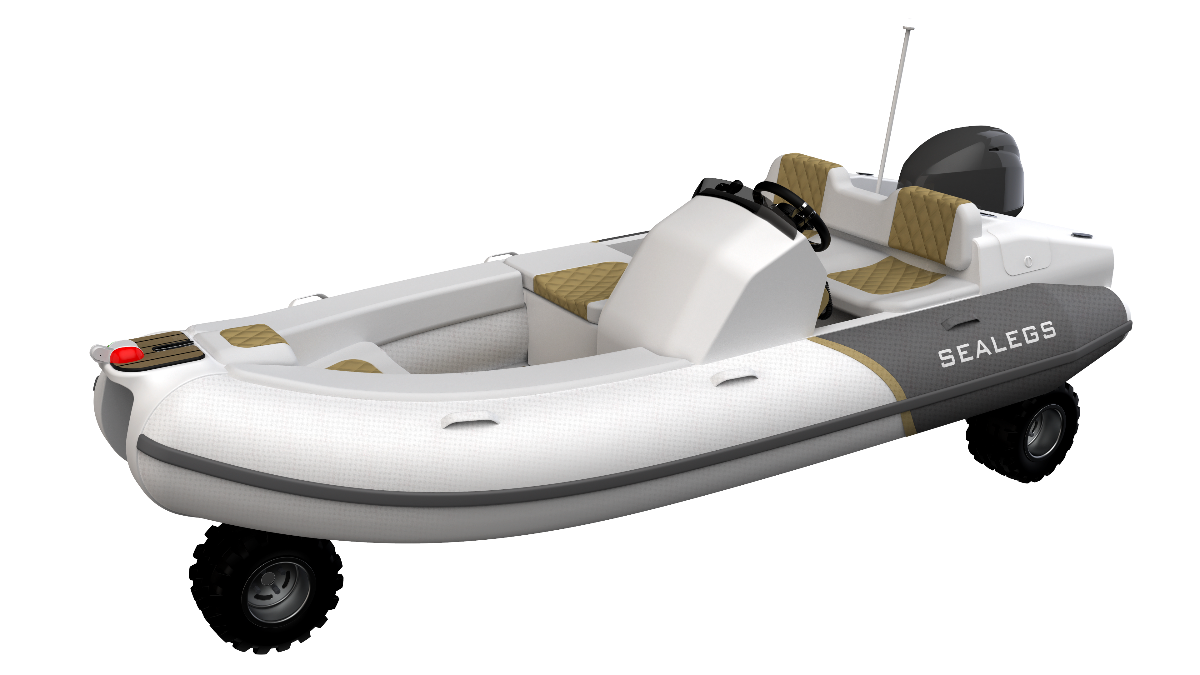 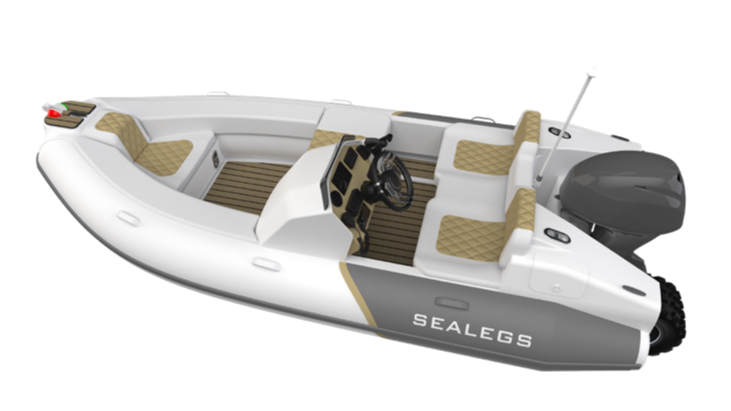 Summer may have officially ended here in the Southern Hemisphere, but we know that won't stop many of you from heading out onto the water.

This is also a timely reminder to make sure you have fresh fuel onboard and your Sealegs on a battery trickle charger when not in use.

A reminder to all customers that you can purchase parts, accessories, and merchandise from the Sealegs Store.  Alternatively if you need something that isn’t listed, please email [email protected] 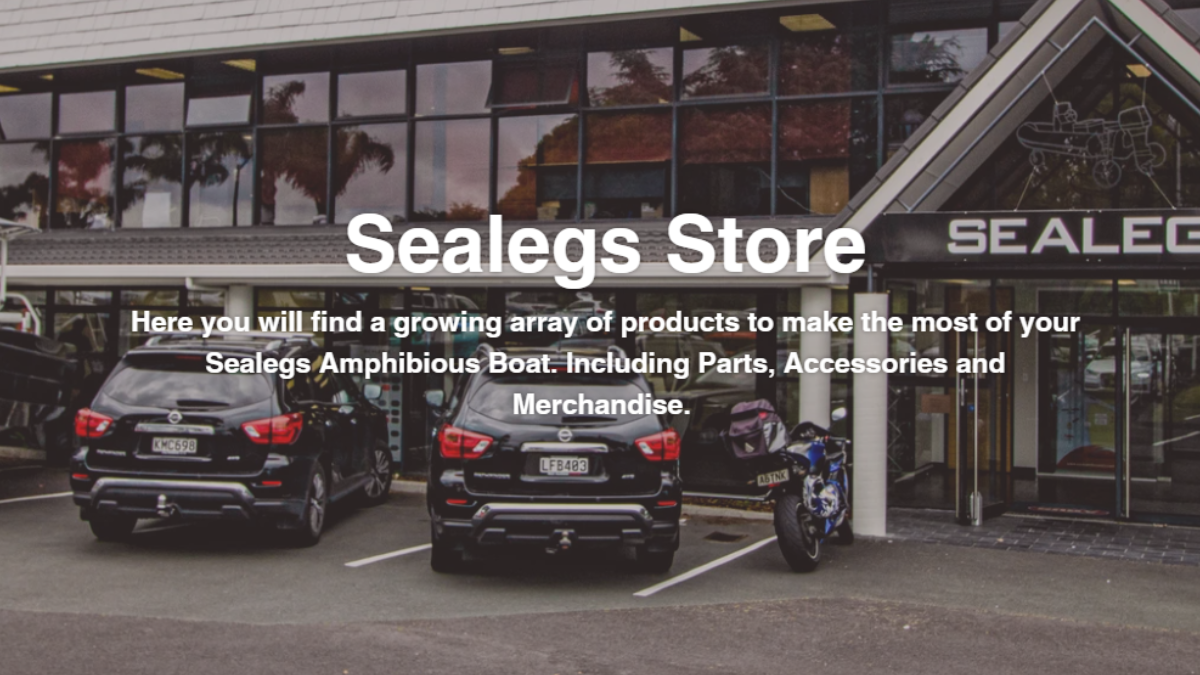 News
Interested in a Sealegs?
Enquire below to learn more from your local Sealegs office.
Email me a free brochure