The Fire and Rescue Department of Malaysia, popularly known as Bomba, as it is today is an active department not only in the fighting of fires and the rescue of civilians from these fires, but spends much of its resources in the humanitarian efforts related to floods and flood rescue.

In December 2014, severe flooding in Malaysia tragically took the lives of 21 people, and displaced a further 200,000 residents. At the time, Bomba held a fleet of 18 Sealegs craft, which were used extensively in the weeks and months following the floods to transport people and supplies and to perform numerous rescues. Sealegs amphibious capability allowed The Sultan of Perak - Nazrin Shah to visit the flood effected areas to view the devastation first hand and offer his support.

In August, 2015, Bomba took delivery of a further five Sealegs craft to extend their fleet and provide amphibious craft to a greater area in Malaysia.

In March 2018, the Malaysian Government ordered an additional 23 craft to further bolster the amphibious fleet in the country. Each delivery is led by our dealer in Malaysia, LMT Maritime, who ensures that new Sealegs-enabled stations and personnel are trained and comfortable with Sealegs technology.

Bomba have been extending the size of their Sealegs fleet to meet the ever-growing demand for amphibious craft in the region. The technology is perfect for the conditions they are working in, allowing them to respond to emergencies in times unmatched by any other waterborne technology. 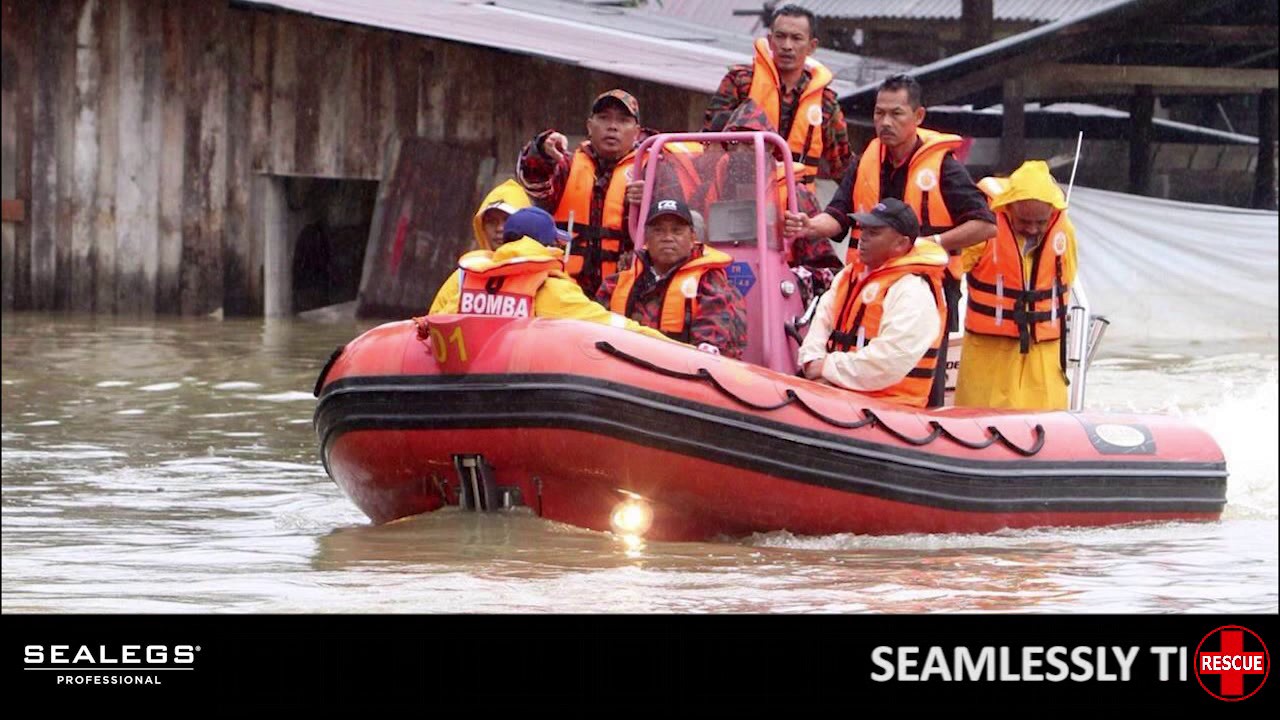